2016. december 8.
The most important thing about Christmas in Sweden, and literally the star of the show is the Christmas Ham. Food, in general, is an important theme, but the ham even more so. In no way is this because people like the ham. Or well, everyone likes ham – but it’s not the favorite. On Christmas Eve, most people don’t even touch the ham and if they do, it is usually for purely sentimental reasons. 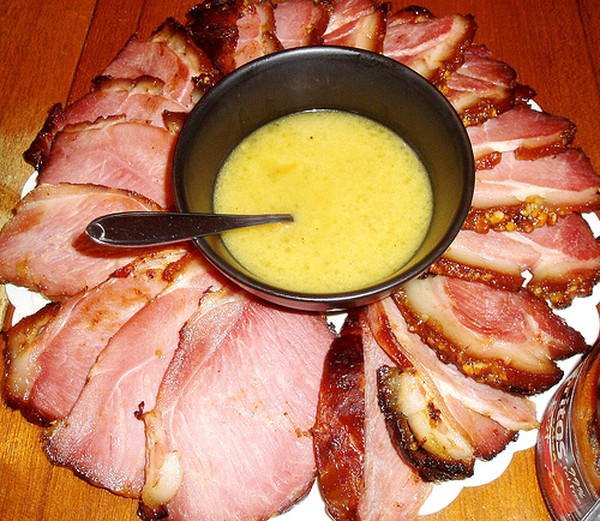 Christmas kicks off early in Sweden with the first Sunday in December. This is called the first of Advent and by then you can see a candelabrum lit in almost every single window.The 13th of December is Lucia. This is one of those things people no longer understand why we celebrate. There is a national contest to pick out the prettiest girl. She is then dressed in white and on Lucia she leads a choir of girls all dressed in white with tinsel in their hair holding candles to sing Christmas and Lucia Carols.

Sometime around Lucia is also when the Christmas tree gets brought into people’s homes. About two seconds later the first presents are placed under the tree. It is part of the tradition and children will count the number of presents under the tree every day until Christmas Eve.
All through December children get up early before school to watch the annual Advent Calendar. This is a TV show (formerly radio before TV was invented) with 24 episodes; one episode for each day of December leading up to Christmas Eve.

Christmas Eve is Christmas in Sweden. The 25th of December has some significance and is most widely known among young adults as the biggest party night after Midsummer. The 24th of December, Christmas Eve, is the day where all the magic happens. Families gather and have breakfast together. After that the children play and are encouraged by their parents to work off all the extra energy that the excitement of Christmas provides them with. The parents on the other hand rush to the shops to buy the gifts they forgot to get earlier.

There is a very important Swedish Christmas tradition known colloquially as “Donald Duck”. This has been a tradition since the From All of Us to All of You Disney Christmas Special first aired in 1960. It’s the same show every year, with a few modifications, but that is what makes it tradition.

In the afternoon, usually after the “Donald Duck” show is over, everyone will sit down to eat… and then stand right back up. The traditional Christmas dinner in Sweden is a Smorgasbord known as Julbord (Jul being Swedish for Christmas). The most traditional food there, apart from the Christmas ham, which enjoys a center placement, is pickled herring. However, gravlax (salmon), Swedish meatballs, mashed potatoes, sausages, cabbage stew and a potato-bake know as “Jansons Temptation” are represented in almost every household.

Usually, when everyone is full the father (or grandfather) will leave the table under the pretense of having forgotten to buy the evening tabloid. What he really does is head outside and put on a Santa Clause suit and come back to knock on the door. In Sweden Santa hands out presents in person. Gifts are then exchanged and summarily opened.

At the end of the evening, before everyone goes to bed, one last meal is enjoyed. The meal is rice porridge (basically a rice pudding, but served warm). An almond is hidden in the porridge and whoever finds it gets to make a wish… as long as he or she does not reveal the almond until all the porridge is finished.