2016. december 13.
1. ICELAND: THE CHRISTMAS CAT Jólakötturinn is the Yule Cat or Christmas Cat. He is not a nice cat. He might eat you! See, in many Icelandic families, those who finished all their work on time receive new clothes for Christmas; those who were lazy did not (although this is mainly a threat). To encourage children to work hard, their parents told the tale of the Yule Cat, saying that Jólakötturinn could tell who the lazy children were because they did not have at least one new item of clothing for Christmas, and they would be sacrificed to the Yule Cat. 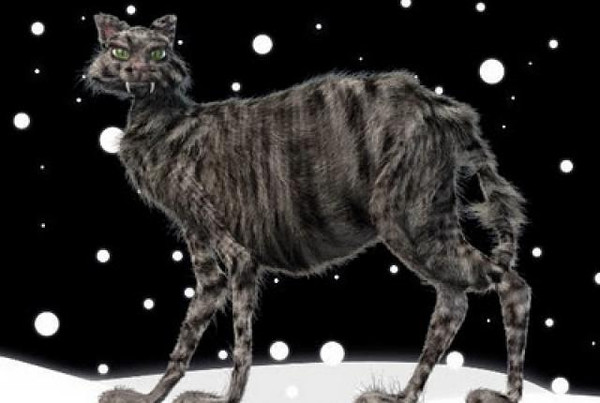 This reminder tends to spur children into doing their chores! A poem written about the cat ends with a suggestion that children help out the needy, so they, too, can have the protection of new clothing. It's no wonder that Icelanders put in more overtime at work than most Europeans.

A custom doesn't have to be all that old to be traditional. In Sweden, every Christmas Eve, families gather around the TV at 3PM to watch Kalle Anka och hans vänner önskar God Jul. In English, that's "Donald Duck and his friends wish you a Merry Christmas." We know it as the 1958 Disney presentation From All of Us to All of You, a collection of cartoons that, for the most part, have nothing to do with Christmas. The most popular is the one in which an Aracuan Bird bedevils Donald Duck. Many Swedes can recite the dubbed-in lines by heart. The tradition began in 1959, when Sweden had only a couple of TV channels and there were just enough homes with TVs for the Disney special to become a shared experience. Since then, any time the public TV channel considered not airing Kalle Anka, viewers rallied to have it restored to the schedule. 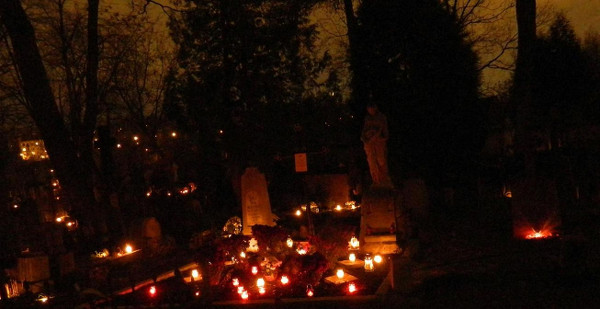 You may have a family feast on Christmas Eve, or sing Christmas carols at a community gathering, or drive around to see the lights. In Finland, the family is very likely to take a trip to a cemetery. The purpose is to light candles in remembrance of deceased relatives, but some folks without locally-buried kin visit cemeteries anyway to enjoy the candles. Many graveyards have a special place where candles can be placed in honor of people buried elsewhere. In Helsinki, around 75% of families visit a cemetery at Christmastime, usually on Christmas Eve, so authorities arrange for police to provide traffic control. 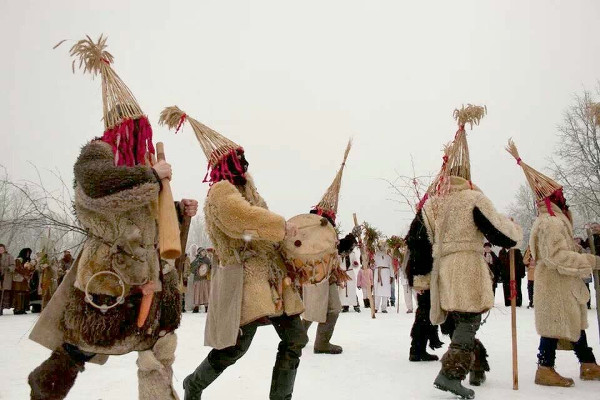 The tradition of mummers is associated with the winter solstice more than Christmas. It dates back to pagan times when people would try to employ magic to encourage the sun to return before daylight completely disappeared. In Britain, mummers perform small dramas about the struggle between the sun and the forces of winter -a tradition that survives to this day in some areas. In Latvia, Christmastime is still a solstice holiday, and is often celebrated from December 22nd through the 25th. Customs of a Latvian Christmas are usually traced to activities that encourage the return of the Sun Maiden. Latvian mummers are more like Halloween trick-or-treaters, going from house to house wearing masks, usually disguised as some kind of animal or the spirit of death. They play music and bestow blessings on the homes they visited, and are given food to eat. 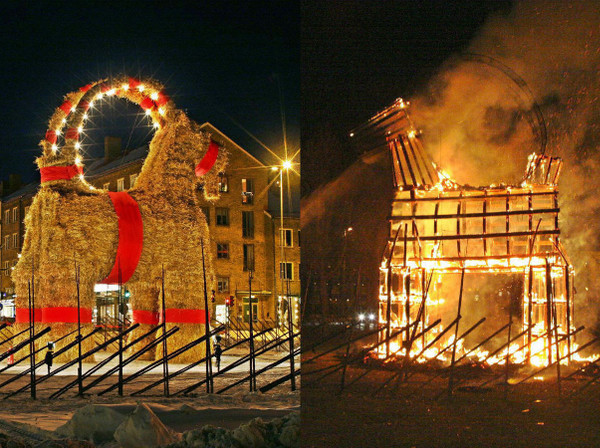 The Yule goat is a Scandinavian tradition that varies over time and place. The goat brings gifts to children; the goat is a symbolic sacrifice; the goat is a prank that you sneak into a neighbor's yard. In the Swedish town of Gävle, the goat became an effigy made of straw, built in the town square every year since 1966. At 13 meters tall, the Gävle Goat towers over the townspeople. The very first straw goat in 1966 was mysteriously set on fire at midnight on New Year's Eve. Since then, the goat has been erected every year, and burned by unknown individuals about half of those years. Locals take sides, with some protecting the goat with schemes like soaking it in water, while others plot its demise. Yet others make bets on whether the goat will survive into the new year. Both results lead to publicity and increased tourism, which has led other Swedish town to put up their own straw Yule goats. The Gävle goat of 2011 didn't last all that long; it was burned down on December 2nd. 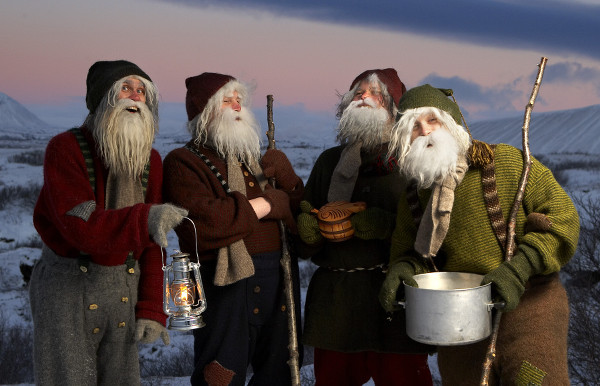 The Jólasveinar, or Yule Lads, are Icelandic trolls. In ancient times, they stole things and caused trouble around Christmastime, so they were used to scare children into behaving, like the Yule cat. However, in the 20th century, culture creep brought tales of the benevolent Norwegian figure called Julenisse (Santa Claus), who brought gifts to good children. He was the carrot while the Yule Lads were the stick. The traditions became mingled, until the formerly devilish Jólasveinar became kind enough to leave gifts in shoes that children leave out ...ifthey are good boys and girls. This gift-giving used to last for 13 days straight! That's becausethere are 13 Yule Lads, and they each have a name and distinct personality. 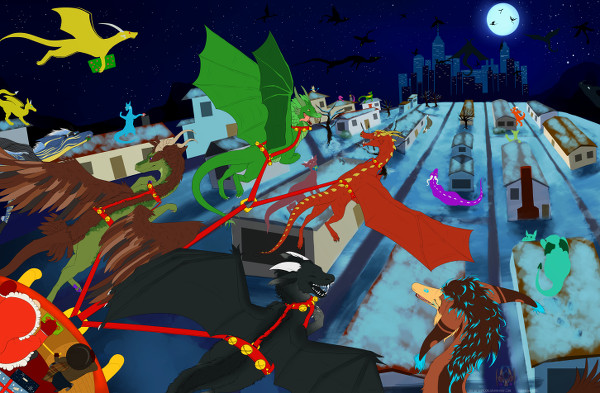 Snap-dragon (or flap-dragon) was a game in which people tried to snatch raisins out of a bowl of burning brandy. A player would then pop the raisins in the mouth to extinguish them! The game is played with the lights turned off, and a successful player will be seen with blue flames dripping from their hands and mouth. The game was mainly played in England, Canada, and the U.S. from the 16th to the 19th centuries. The custom of playing snap-dragon at Christmas or Twelfth Night died out because of the obvious danger, but survives here and there. Image by Flickr user Transaction Fraud.